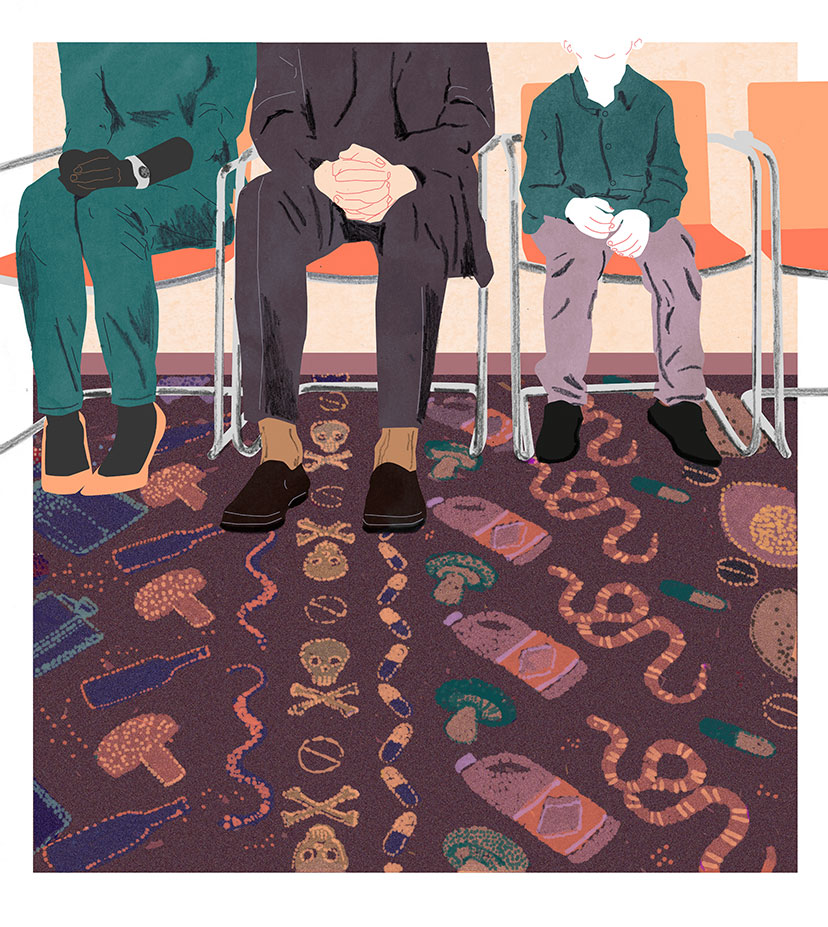 Cover for the medical journal.
On a scientific article about the frequency of poisoning seen at emergency rooms in Norway in a ten years period (2006–2015). The study shows that fewer children consult emergency rooms because of poisoning, which is good. At the same time we see a doubling of the number of men in their 50s coming to the emergency rooms because of intoxication/poisoning, in addition to an increase in women at the age of 15–25. The young women are more likely to have drug poisoning. Among the older alcoholic poisoning is more common.